In all honesty it seems a little superfluous doing a review of the Bull & Ram because in its short life anyone and everyone worth their restaurant reviewing salt has already been there before me. If you need convinced then check out this rave from the Guardian’s food critic Jay Rayner. And this guy doesn’t prove his punches, as proved here. It’s won a slew of awards in case you needed further convincing.

Anyway, it was my turn to visit recently and add my tiny opinion to the list. You have to love this place – at the very least for the fabulous tiles and original features that were discovered by chef and owner Kelan McMichael. Originally built as a butcher shop in 1914, the fixtures were thoughtlessly boarded up (yet thankfully protected) sometime in the 1970s. 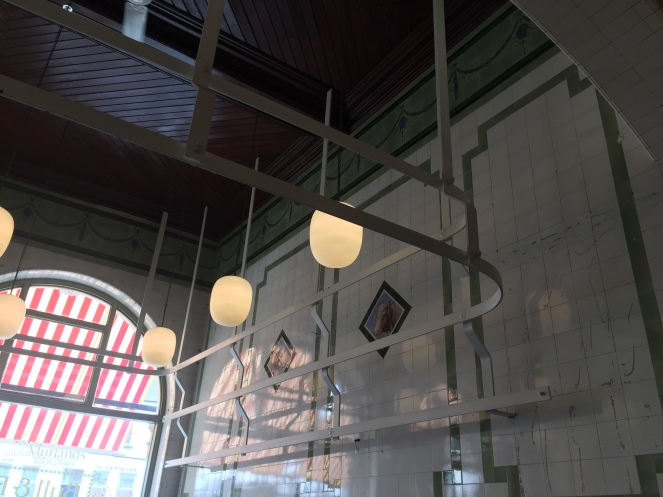 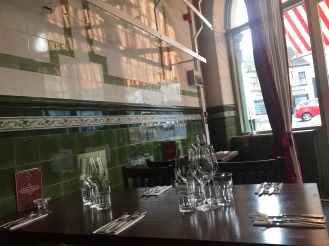 But it is of course about the food and not the decor. The Bull & Ram (so named because of the feature tiles on the wall) has hit the secret to the perfect restaurant on the head. Really good locally sourced produced cooked really well and with an imaginative flair – but not too much of one.

So for a lovely lunch (on Good Friday so no accompanying booze) we supped on pork scratchings – because Jay did – and I don’t know how they made them so light and fluffy.

I moved on to the chicken wings while himself went for the spicy beef salad – both were delicious. 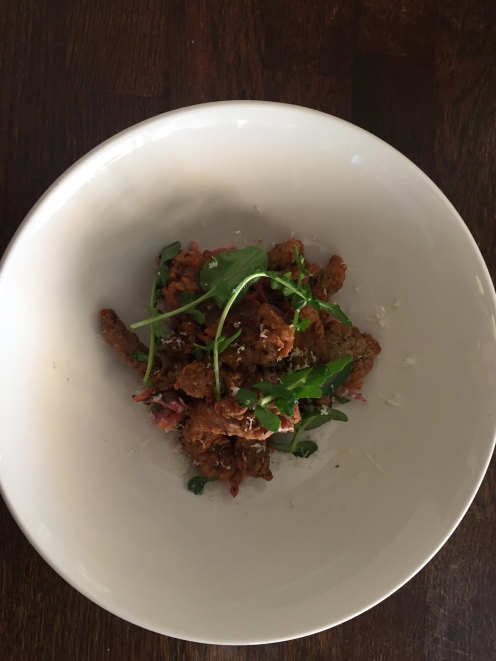 We both went for the steak – mine was the sirloin – they’re all glenarm shorthorn beef and all aged in a Himalayan salt chamber for 55 days and they’re all delicious. I had mine with bearnaise sauce and chips as I always do if I can. My mouth is actually watering as I type this – I remember exactly how good it takes.

Somehow I squeezed in dessert, the sticky toffee pudding with ice-cream (another of Jay’s choices) and of course it was glorious.

I love this place and we already have plans to go back – that is if we can ever get a reservation. Don’t just take my word for the quality of the Bull & Ram. It’s a lovely spot and certainly worth it for a trip outside the city – although plans have been announced for a restaurant in Belfast. We’ll just have to watch this space.