Oh I do so love what I do sometimes. One of the perks being I just got the chance to try out the Spa Experience at the newly reopened Olympia Leisure Centre.

Now, I’ve lived in Belfast for most of my life and used a fair amount of the leisure centres here so I’m used to them. Slightly grotty, slightly smelly and places you’i d best wear flip-flops in because you never know what you might catch off the floor.

Not only does the new Olympia have a shiny new building (didn’t see the rest of it so can’t comment) but once you enter the spa area you’re really in another world. Soft sounds, nice smells and burning candles. I can honestly say this spa experience was more along the linces of a luxury hotel than a public leisure centre. And you won’t believe how cheap it is to use.

On arrival I was presented with a bag with towel, robe and flipflops and shown to the stylish changing rooms. Again, a high finish – you didn’t even need a pound for the locker as they’re all automatic. Once I changed I was shown into the Spa area itself and it was lovely.

Fully equiped with sauna, steam room, something called an ice shower  (I didn’t try it iout) a massive hot-tub and warmed loungers. Like I said, everything you would expect in a luxury hotel.

During my visit I also treated to a back, face and scalp massage from the amazing talented Camelia. I call her talented because she didn’t just use elbow grease but all the pressure her actual elbows could produce – I’m not one for a gentle massage. It wasn’t all pain though, Camelia started the massage by washing my feet and then treated me to loads of different smells with lots of different oils. I would recommend this massage to anyone who’s a bit stressed – just the scalp massage will do wonders for tension headaches. 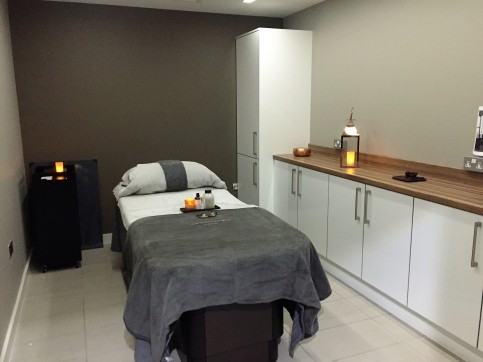 Treatment notwithstanding, putting a spa like this at the Olympia is a genius move. Parents will be able to indulge in peace and quiet while the kids splash in the main pool on a Saturday and sore muscles will love the sauna and hot tub. Even if it gets busy it won’t get rowdy – clients are asked to respect the tranquility of the spa. Booking is really easy too as it can be done via both Android and IOS apps. Treatments include everything from pro-sleep massages and salt scrubs to good old-fashioned waxes and manicures.

I do have a couple of niggles though. I don’t drive so the Olympia is a pain to get to but then it’s always been like that. The toilets aren’t in the changing rooms but in the foyer shared with the entrance to the men’s changing rooms – not ideal when you’re in the middle of getting changed. There aren’t swimming costume dryers or plastic bags to bring a wet cossie home in either. By the time I got home my entire bag was soaked – I hadn’t brought a towel as they were provided. Mind you, I know there were still a couple of finishing touches to come and that might be one of them.

In saying that, I loved my ime at the spa. I found it relaxing, tranquil and astonshingly cheap – it’s £15 for a whopping three hours but there is a two for one offer at the moment so you can bring a friend to kick back with. I have to say if I worked nearby I could be persuaded to take a dip in the jacuzzi or a steam after work for an hour or two, no problem. 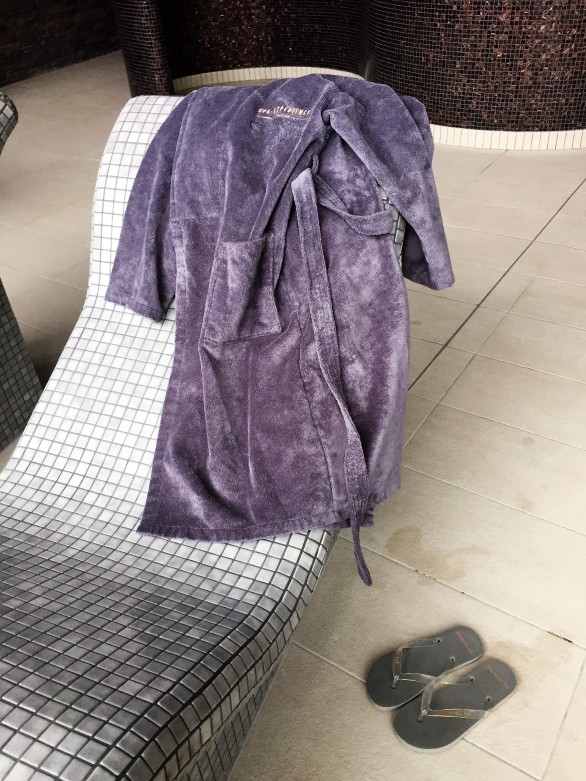 I would definitely give this place a go. In my opinion this is a very affordable and accessible haven in the middle of a busy city that anyone can use. A change to relax and get a away from it all.